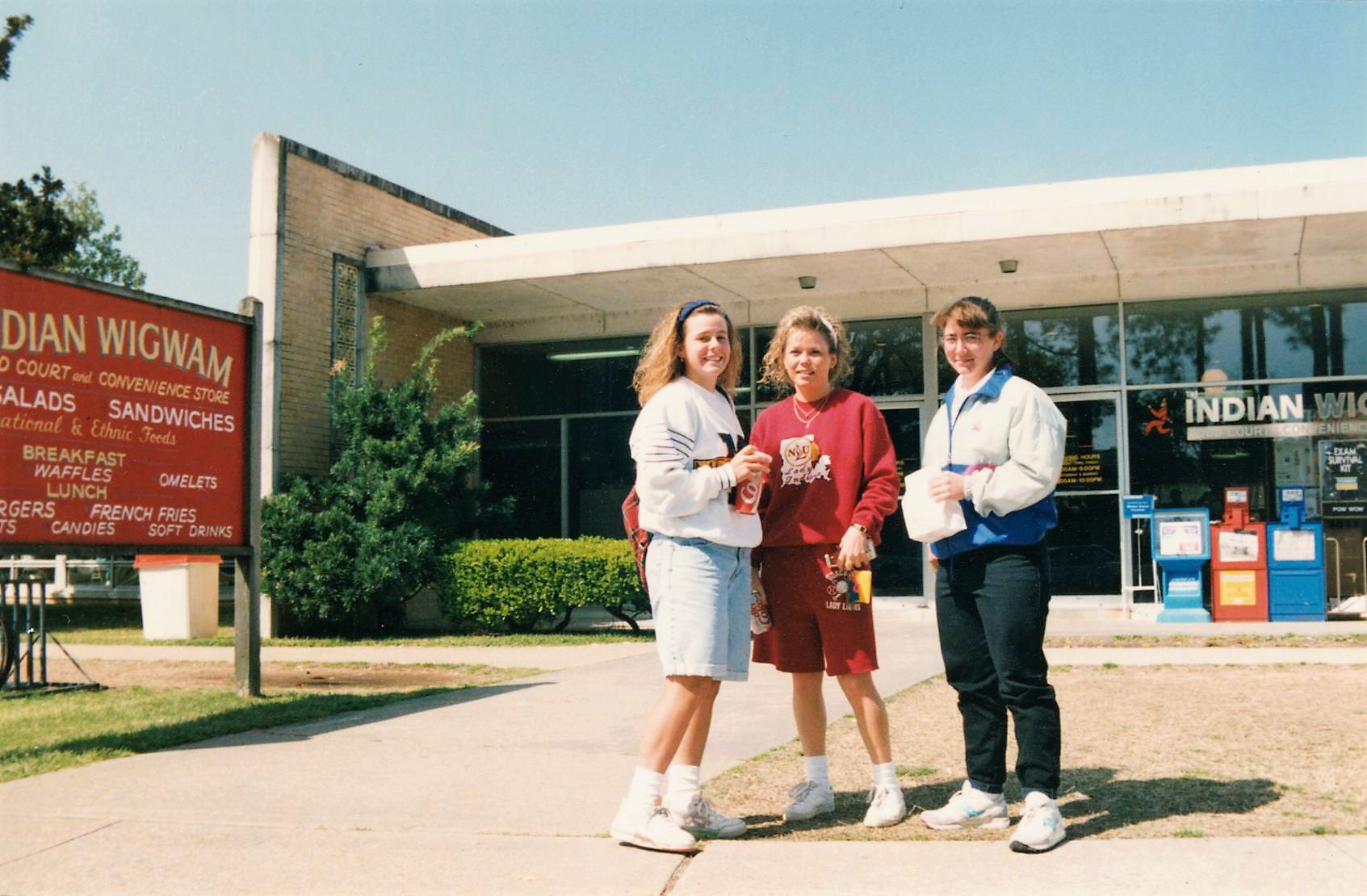 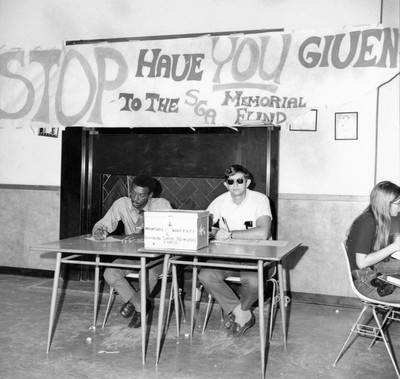 This photo shows NLU’s SGA taking up money for the memorial funds, on behalf of both universities.